The problem of social class is one of the central ones in sociology and, at the same time, constantly debated — both regarding the definition of the concept of class, its role in social theory and its significance for the sociological analysis of post-industrial society. The book outlines the theoretical foundations of six alternative approaches to class analysis in modern sociology, which are represented by the experts in the respective directions. In conclusion, E. O. Wright (the initiator and editor of this collective monograph) offers a conceptual generalization of the analyzed approaches based on the formulation of six central questions, the answers to which determine the differences between the corresponding class concepts.

This book, first published in English in 2005, was widely recognized over the next decade and has been included in the curriculum of many universities. Its translation is addressed both to specialists in class analysis, and to students and post-graduate students studying sociology. 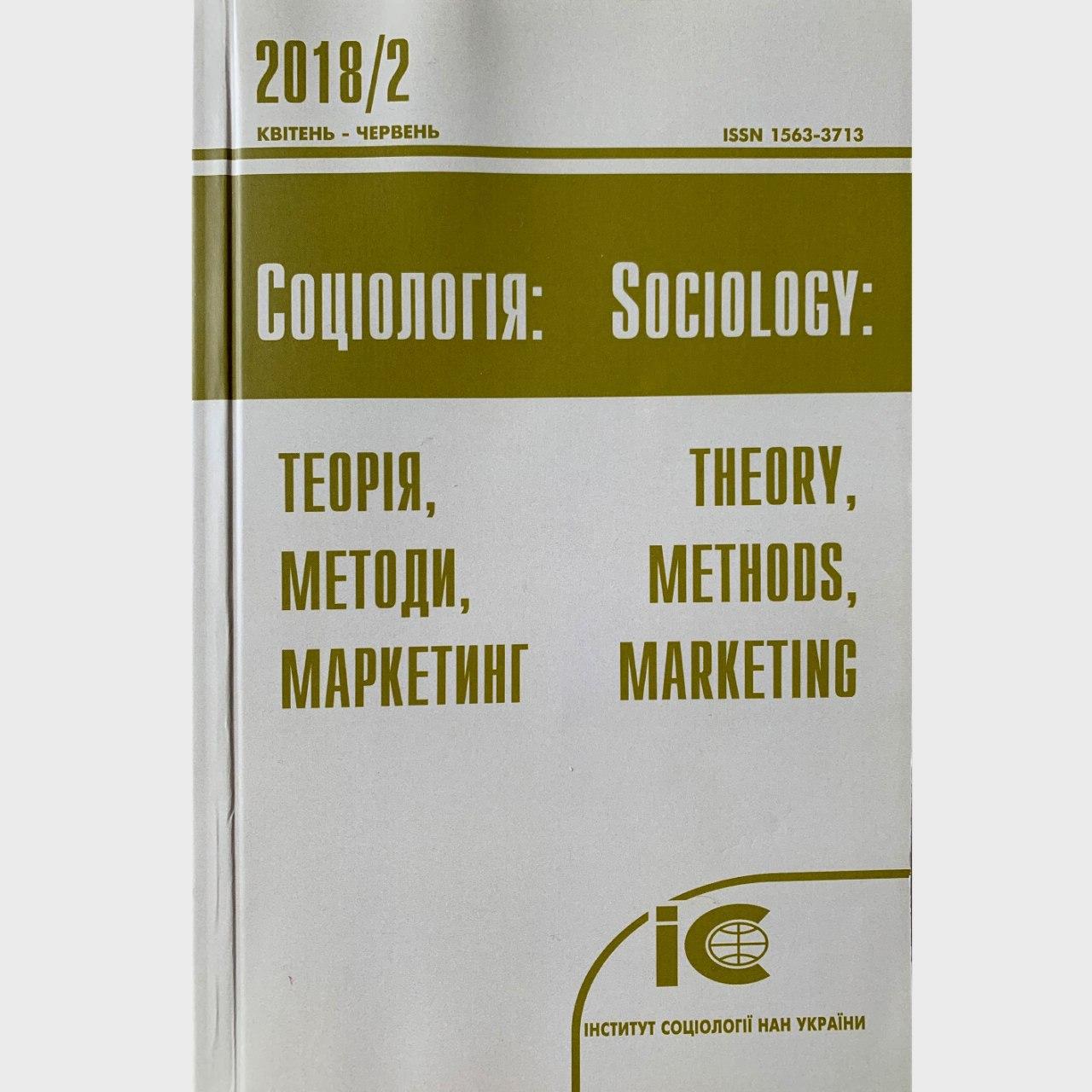 Simonchuk, E. (2018). Social classes in the political sphere of society: support for and trust in parties [In Russian]. Sociology: theory, methods, marketing, 2, 64–96.

Using the data of the Monitoring social survey of the Institute of Sociology of the NASU, the European Social Survey and a number of targeted studies of the working and middle classes, the author gives an empirically substantiated answer to the question: which of the social classes and to what extent are involved in political processes in Ukraine. The basic indicators of political and ideological consolidation of the classes are as follows: membership rate of their representatives in political parties, considered in temporal and comparative perspectives; class differences in the distribution of supporters of different political and ideological currents; level of trust in political parties displayed by representatives of different classes; their evaluation of the parties. effectiveness in representing the interests of certain classes. For each of these indicators, class differences have been recorded. Thus, representatives of the service class and (especially) small and medium-sized owners are characterised by a higher rate of political party membership, sympathy for parties and politicians and trust in them, less left-wing. ideological self-identification than those belonging to the working class and routine non-manual workers. However, employees and small business owners do not perceive political parties as effective tools for promoting and protecting their interests, as evidenced by an extremely low rate of party membership and very low trust in them among representatives of these classes. The existing parties are viewed rather as creations of the class of large employers.

Simonchuk, E. (2018). Dynamics of protest mood of Ukrainians in the period of independence [In Ukrainian]. In E. Golovakha & O. Stegniy (Eds.), Present and future in global and local projections. Proceedings of the International Sociological Readings in Memory of N. Panina (pp. 41–51). Kiev: Institute of Sociology, NAS of Ukraine.

In the modern class analysis, two trends can be observed: the implementation of research rojects based on the alternative class schemes and at the same time on a tendency to use the standard of social class measurement. To promote the second trend, the European Statistical Agency in 2010 proposed a new instrument for determining the social class in the comparative statistical and sociological studies – the European Socio-economic Classification (ESeC). This article describes the history of the classification creation and its conceptual and operational basis. It describes class categories and their grouping options; compares the results of the class positions distribution in Ukraine, in a number of Eastern and Western European countries based on the European Social Survey (ESS) of 2004–2012. Thus, the conceptual basis of this classification is the class scheme of J. Goldthorpe, which differentiates class positions in two ways: according to the relations of buying and selling labor, and according to the nature of contractual relations of employees. ESeC includes 10 classes, which for certain research purposes can be aggregated or disaggregated in different ways. Its design is available both in international projects (in particular, ESS  and ISSP) and national (for example, in the monitoring and omnibus of the Institute of Sociology of NASU). The comparative data of the ESS project indicates the proximity of the class structures profiles of Ukraine, Russia and Eastern European countries, which are defined in accordance with ESeC. At the same time, the principal differences between the post-socialist countries and the economically developed Western European countries are evident: mainly in the smaller share of the middle class positions (the salariat and the intermediate class) and, at the same time, in a higher share of the working class, especially the industrial one. The similarity of the gender profiles of the ESeC-classes of the post-socialist countries under comparison is also noted.

Simonchuk, E. (2017). Class distribution of the population of Ukraine according to the European socio-economic classification [In Ukrainian]. Social Dimensions of Society, 9 (20), 22–33. 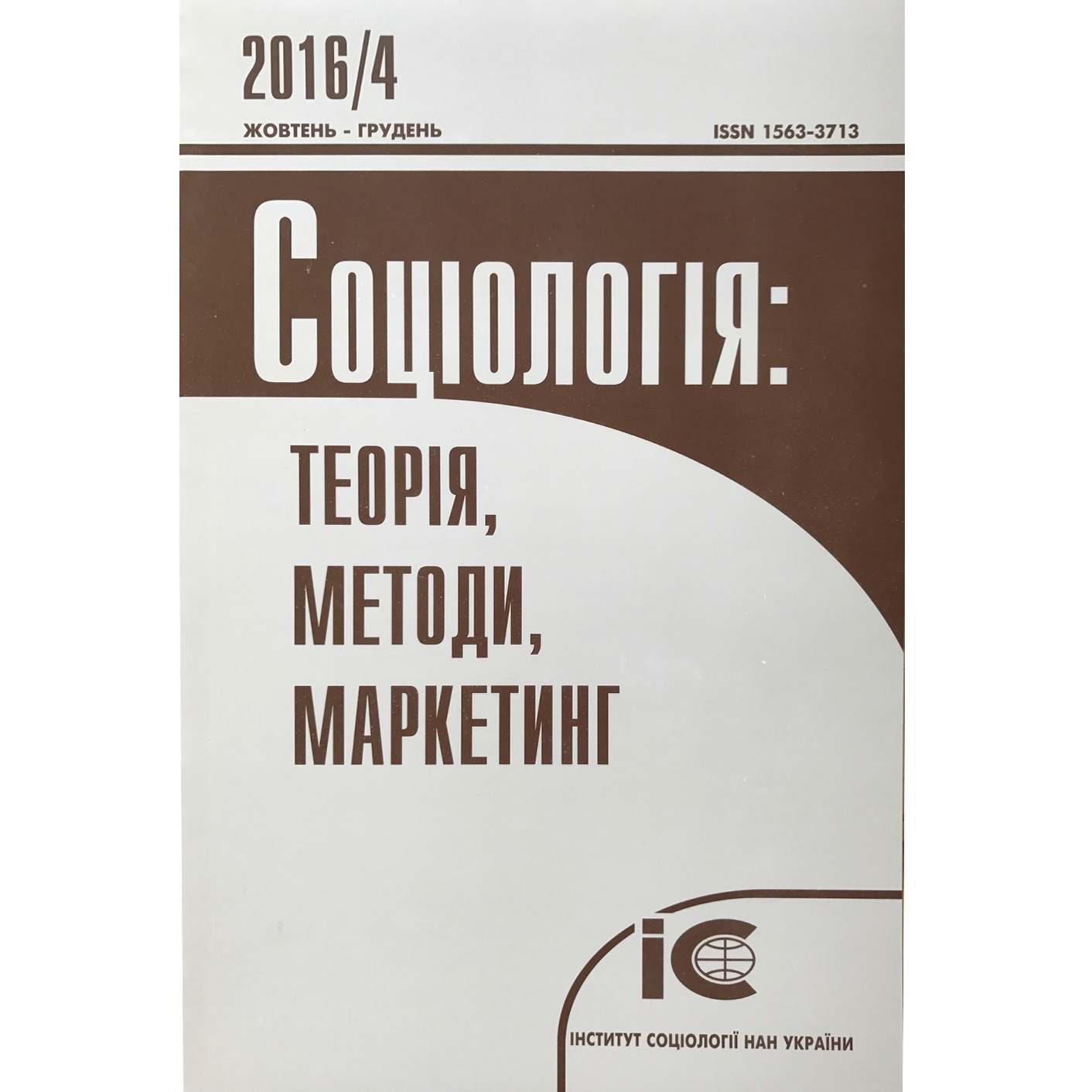 This article presents a discussion of the status of class analysis in modern Ukrainian sociology. The author highlights the features of institutionalization of any given discipline in three spheres (theoretical, empirical and organizational). Using them, she analyzes the history of the study of social class in the post-Soviet period and make conclusions about the institutionalization of class analysis in sociology. In addition, the author records some trends in its modern development: the recognition of the relevance of class analysis in explaining structural innovations; the orientation in the theoretical, empirical and organizational spheres towards international (rather than post-Soviet) standards; the use of a combination of both Western/global and national-specific conceptualizations, methodologies and tools in the research practice; the implementation of alternative approaches to the class and at the same time a striving for a standard/uniform model of class definition. In conclusion, the author discusses the progress in the development of Ukrainian class analysis and the problems that accompany it.

Simonchuk, E. (2016). Status and Prospects for the Study of Social Classes: An Interdisciplinary Conference [In Russian]. Sociology: theory, methods, marketing, 4, 211–226. 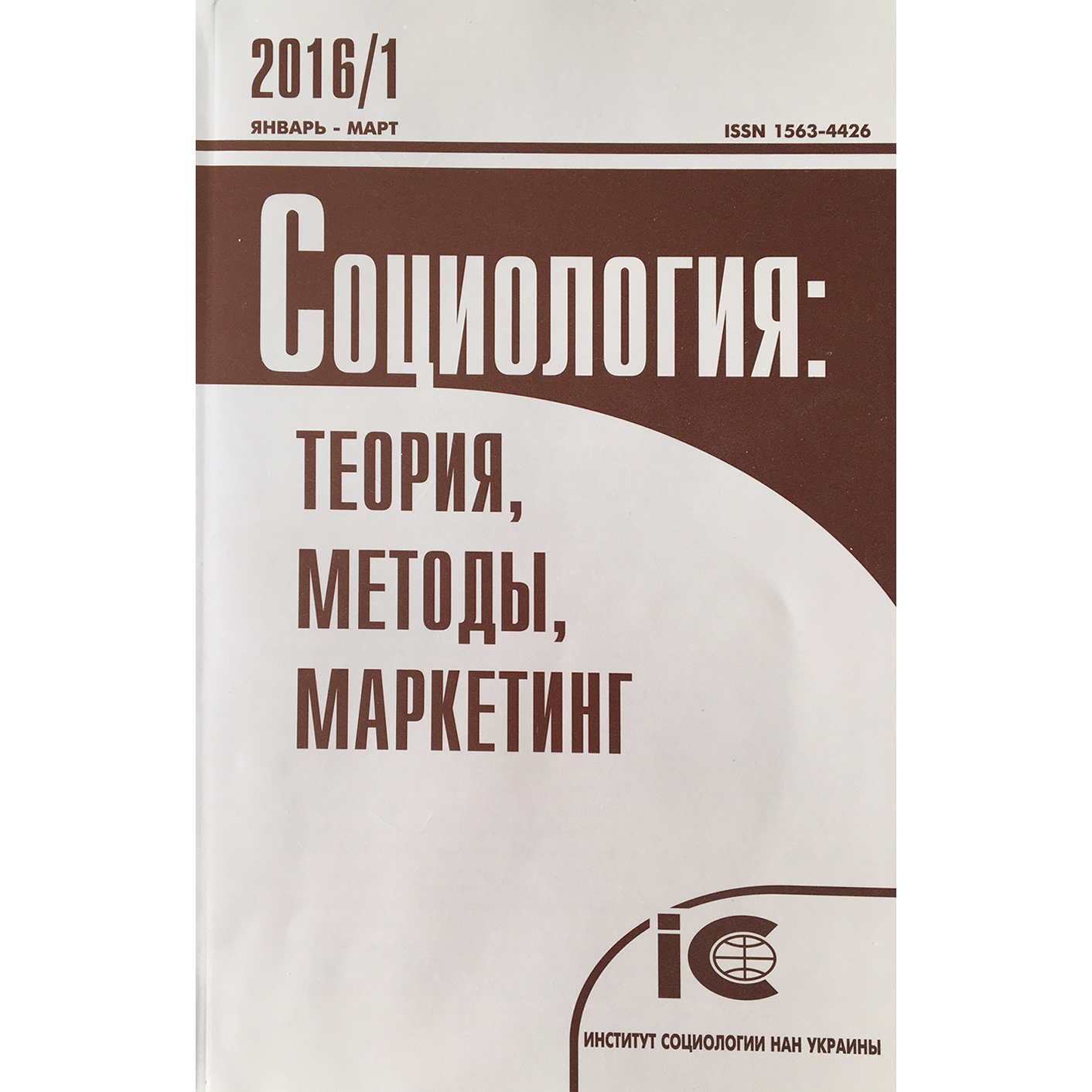 This article proposes a classification of research areas of contemporary class analysis, which consists of six thematic clusters: the study of the genesis of social classes; their nature; distribution; class effects; subjective aspects; and of class conflicts and actions. The description of each cluster contains main research questions, a list of key terms and concepts, as well as the names and publications of class analysts that represent a given thematic area. Within each of the selected clusters, the author identified three trends of understanding modern class inequalities, divisions and conflicts: conservative (recognition of the status quo of the classes as the basis of macro-social structure, as well as the relevance of the prevailing class concepts); revisionist (strategies of renewing class analysis while leaving the primacy of class structure in the matrix of social stratification); and nihilistic (recognition of the shift from class inequalities and structures of the industrial era to the complex/classless inequality of post-industrial era and a call to accept the inevitability of the progressive reduction of the relevance of class analysis).